Award-winning journalist Sarah Toce was honored with the 2017 Community Builder Award by
Congresswoman Pramila Jayapal. In June, she was recognized as one of the most powerful journalists
of 2017 by Curve magazine. She was also the recipient of the distinguished 2016 LGBT Leadership
Award from the Washington Diversity Council.

In 2014, she was named one of GO Magazine’s Red Hot Entrepreneurs. In 2012, the McCormick Foundation named Sarah one of their New Media Women Entrepreneurs for her work developing and publishing Seattle’s daily LGBT online newspaper – The Seattle Lesbian. In its first year alone, The Seattle Lesbian reached a threshold of one million readers on a global scale.

Sarah currently serves on the boards of the Society of Professional Journalists - Washington Chapter, GALECA -The LGBTQ Entertainment Critics Association, and is a founding committee member of Burien Pride. 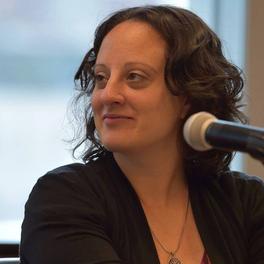