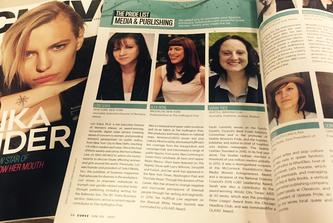 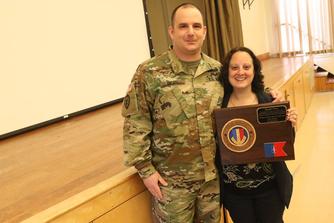 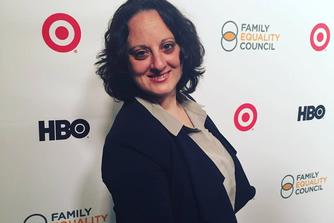 ​The BostonVoyager owes a huge debt to the incredible local community of influencers – from fashion bloggers to foodies – who put in countless hours of work uncovering hidden gems throughout New England.

We know from experience that the path to our full civil rights is uneven, often inviting different, and possibly conflicting, strategies.

After all, with great power comes an even greater responsibility - and we helped build them.

February 7, 2018: Amazon’s good LGBTQ record should extend to other states l The Olympian

As Amazon seeks an additional headquarters in the U.S., it’s critical that the $135 billion-dollar digital brand should be fighting for inclusivity and diversity outside of just its own backyard.

​Americans may have the edge on Olympic medals, fast food chains and Broadway musicals, but we’re severely lacking in the parental leave department.

​Distinguished honorees ranged from a local high school student making waves for her work in environmental initiatives (Jamie Margolin) and Chair of the Urban Native Education Alliance Sarah Sense-Wilson to the award-winning publisher of The Seattle Lesbian (Sarah Toce).

​No one ever said parenting was easy, but being a queer parent presents its own set of challenges.

October 3, 2017: Parenting While Queer – Conversations with LGBTQ Parents About Identity and Family l The Evergrey

​This event is bringing together parents from across the LGBTQ spectrum to share about their home lives - from navigating inquiries from curious strangers, to adventures in explaining how babies are made, to everyday tasks of teething and curfew negotiations.

​Aside from the challenges of finding medical providers who can address their needs, LGBTQ people and those living with HIV would be among the millionswho would become uninsured as a result of a potential ACA repeal.

Sarah will moderate the Youth Leadership Development panel at the 2017 Out & Equal NW Regional Summit on Friday, June 16, 2017.

April 21, 2017: Conversation with Rep. Adam Smith (WA-09) l Rep. Adam Smith
​"During the District Work Period," I had the opportunity to sit down with The Seattle Lesbian Founder and Publisher Sarah Toce. The Seattle area is incredibly fortunate to have voices like Sarah's leading discussions and advocacy for our LGBTQ community," Rep. Adam Smith wrote.

Sarah will join servicemembers at Joint Base Lewis-McChord to give the keynote for their annual Women's History Month celebration.

​We worked the red carpet and met Sarah Toce of The Seattle Lesbian and Kersh Branz of Queer Mamas*. We also saw tons of celebrities like Sarah Paulson of American Horror Story, Kim Kardashian, and Julie Bowen of Modern Family.

March 08, 2017: Impact Awards: Countdown to the Red Carpet l Queer Mamas*
I'm flying down to LA this weekend to cover the red carpet with my friends Brandy & Sarah from The Next Family and The Seattle Lesbian! Together we'll be interviewing comedienne Tig Notaro, Modern Family's Julie Bowen, Transparent's Alexandra Billings, and Sarah Paulson.